In Conversation With… Mark Rice-Oxley 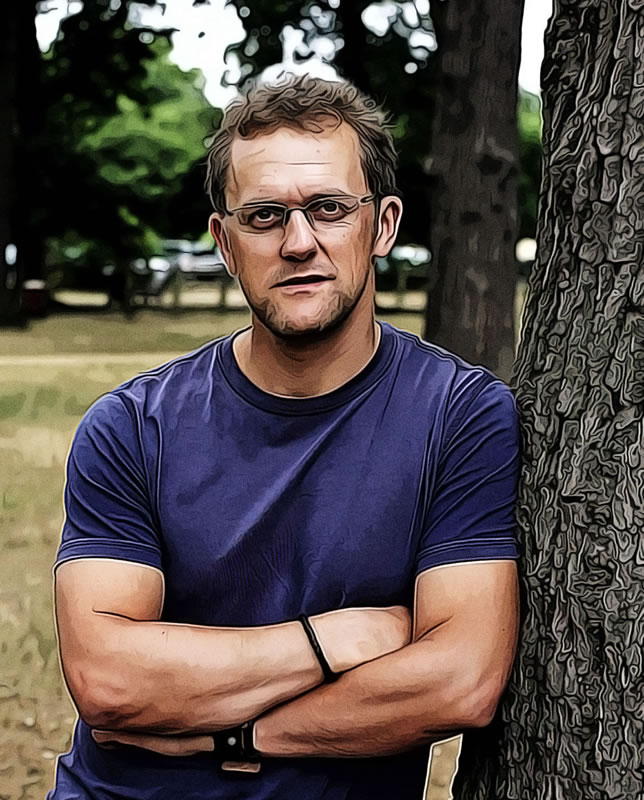 How would you describe yourself and what you do?
I would describe myself as a journalist, a father, an idealist and a thinker. We always tend to pick our jobs as the clearest a way to describe ourselves to other people, and yes, my work has been very important to me for the past twenty-five years, but it doesn’t tell you everything about me.

Did writing Underneath The Lemon Tree – a Memoir of Depression and Recovery help you understand yourself better?
It didn’t help me understand myself better but it helped me organise my thoughts around what had happened to me, and it was tremendously cathartic because of that. To have the opportunity to sit down and make sense of a bewildering illness and to be able to do that over a period of months was enormously helpful. I’ve always written diaries, blogs etc., and I’ve found that writing things down is just a very helpful way of making sense of what I’m going through on a day-by-day or week-by-week basis. But I had to go through the work of understanding the experience first before I was well enough to be able to write.

Was there a particular moment when you felt there was light at the end of the tunnel?
There were plenty of moments and they were maddening and bewildering because after the awful first period where there’s no light at all you go through a recovery phase which can last weeks or months where one day you can see the light and it’s glorious, then for the next three days it’s not there any more. I used to talk about silver linings rather than light at the end of the tunnel. The days you could see the silver linings were so very beautiful it made you realise it was worth slogging through the hard times in order to appreciate the good moments.

Do you feel that depression is partly a taboo subject?
I felt that it was when I wrote the book, but I think an awful lot has happened in the seven years since then and I think that it has become far easier to talk about. Society and the public have become far more receptive to people when they open up, though that doesn’t necessarily mean that it’s easy for everybody. I still think there is a large group of people out there who haven’t quite owned up to themselves let alone to the rest of society the pain and the mental agonies that they are in. But I wouldn’t say there’s a taboo any more.

Do you think employers handle it better these days?
My impression is that the bigger the employer and the more reputational risk they face, the better their HR practices and policies are likely to be. Maybe if you’re working for a small company of six or so people that simply can’t afford to have somebody off sick for three months you might find it much harder. That sort of company policy is often down to how much exposure their boss or CEO has had to this illness. If they have had exposure to it in their family or friendship circle then they are going to be more understanding.

Do you do any regular physical, mental or spiritual practices to keep up your psychological wellbeing?
I’ve always been reasonably physically fit and I think that does help. If I stop exercising then I feel that I’m working from a much lower base. I practice yoga and meditation several times a week, and being mindful and present is something I try to weave into my daily life. The most important thing I’ve changed is to try to be more psychologically flexible, to be less demanding of myself and others – a little bit more phlegmatic. You try as hard as you can but there are lots of things that are out of your control and you just have to let them go. As my boss puts it, ‘try and give 20% less of a damn, Mark’. I say that to my kids too. That’s been the biggest change for me.

That sounds like good advice…
It’s hard though – if you do have that approach you may not become a captain of industry or a famous film star because in order to achieve those kind of heights you have to be driven. I think that what I’m saying is that for me, driven doesn’t work any more.

What inspires you?
Other people – older and younger. I get tremendous inspiration from the achievements of young people, and from seeing them coming through and doing things better and more brilliantly than we have. Journalism is one of the toughest businesses to get into and when I see twenty-somethings come in with all the skills and enthusiasm and determined to work even harder than we did 25 years ago it just makes me think that we’re not done yet, that there’s plenty of life to come in journalism.

I’ve been inspired by so many things. I’m not a religious person but I was in church the other day for a confirmation and I was really inspired by the bishop’s homily. I’m inspired by my wife who has so many amazing achievements in her life – she’s a mother, she runs her own business, she is tireless in friendships and she’s constantly moving us forwards and finding the next thing for us to do as a family.

I find sporting heroism inspiring, and there’s always the latest album that I’m into and listening to a lot, which really fires me up. I could talk all day about what inspires me!

If I could put my finger on one thing that made me knew I was in trouble though, it was when none of the things that normally inspired me touched me or even spoke to me any more. I wasn’t getting that little pep or thrill from other people’s achievements. When I was in depression I got no enjoyment from listening to music or watching sport. It’s good to have those things when you come into recovery and you realise how joyful life can be, but when I was ill they weren’t any good at all.

What’s next for you?
I’d like to go into schools and talk about this. I’ve done a lot of talking about my experience and what happened to me, but what I’d like to do next is share what I’ve learned about those things that can help people become more psychologically flexible in this ‘winner takes all’ society. I want to tell young people ‘it doesn’t have to be that way’. We need to pull together a whole new set of tools – the way we think, the way we behave and go about our lives, because it’s too dangerous to be ‘winner takes all’ all the time. That’s what I want to do next.

Underneath The Lemon Tree – A Memoir of Depression and Recovery is available to purchase from Amazon and all good book stores.

Learning To Love Your Baby: Recovering From Postnatal Depression