In conversation with… Nick Clements 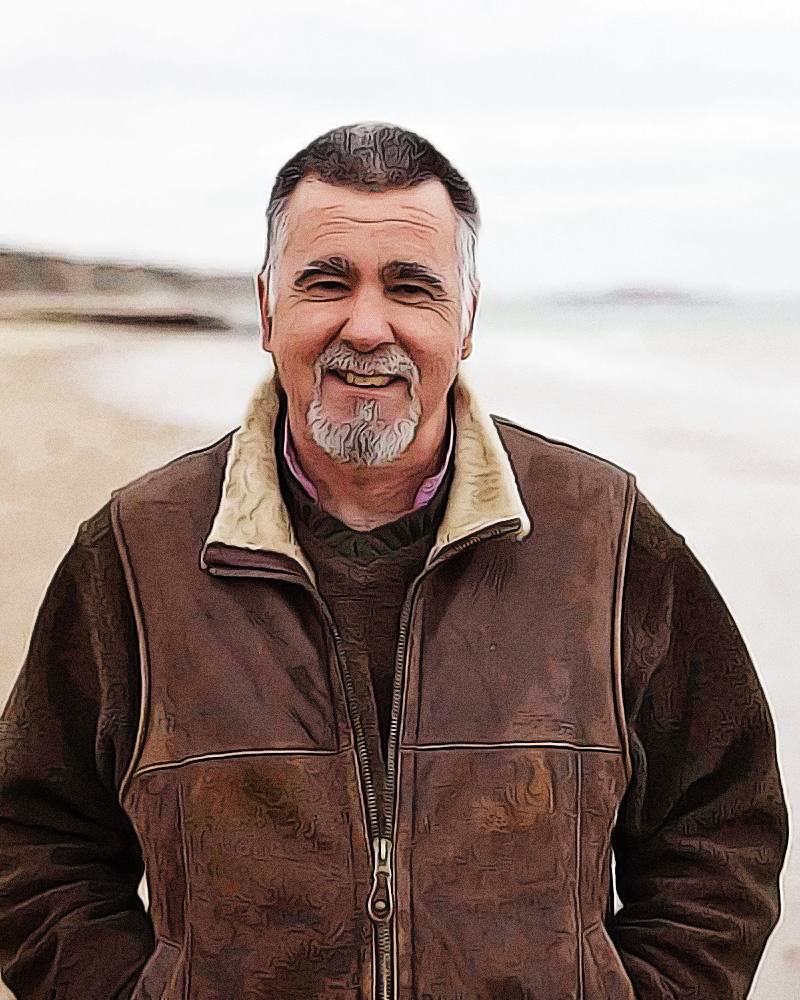 How would you describe yourself and what you do?

With difficulty! I would say that I write books and I’m fascinated by stories. I’ve not had a normal career path. I guess what I’ve done is follow my heart and emotions, which for a man is quite a strange thing to do. When I was at primary school I was very bad at learning anything and I was at the back of the class, which was actually fantastic because there were no expectations of me. Children at the front of the class were expected to become a doctor or make something of their lives but there was absolutely no expectation that I was going to make anything of my life, which was very liberating. Anything I succeeded at was a bonus!

I’m interested in connecting and telling stories. I spend a lot of my life telling stories or being told stories. I get paid to listen to people, which is a fantastic privilege. For example at the moment I’m working with people who have anxiety and depression. I’m employed as an artist to come in and help them express themselves as well as help them create an understanding of their own personal history through creativity.

That must be very rewarding

It’s lovely – it’s a phenomenal job because you can see amazing transformations in people. In a year, maybe two years they can really make huge changes in their lives.

Do you see the ability to tell one’s own story to be very healing?

Most people – in particular those people experiencing anxiety and depression – are not used to telling their own story. They can tell you how ill they are and what medications they’re on, but I’m not interested in that – I’m coming from a place of adventure, of wellbeing and excitement, and all I do is reconnect them to their own excitement. I come along, tell them my story and get them to tell me theirs.

That sounds like a great gift for them – and for you

Absolutely. I don’t think we realise in our culture how important it is to be listened to and to be really, truly, deeply, heard.

Your talk at The Isbourne on the 22nd October is partly about there being four genders – can you say a little more, and why a binary understanding of gender might feed conflict?

I think there’s a huge continuum between a man and a woman and there are millions of people in the middle. I think we’ve been told incorrectly that there are very few transgender people – there are actually a huge amount. I was shown the four genders, it is an ancient cultural understanding of gender from the Sami people who are nomadic reindeer herders in Norway and Sweden. To use the analogy of a compass if we look at the north there’s ‘female-female’ and in the south there’s ‘male-male’, then you have ‘male-female’ in the west, and ‘female-male’ in the east. What they are saying is that you can move from any of those directions to anywhere else, that it’s a continuum along which we are travelling all of the time.

I received this idea about ten years ago and since then I’ve been contacted by people from all over the world and from almost every continent saying ‘yes, we have four genders as well’. So I think it’s a common theme, a core shamanic understanding of gender that all of our cultures were based on probably 40,000 years ago and it’s only in the last few thousand years that we’ve moved away from that understanding.

I specialise in working with men and the great majority of men that I’ve ever worked with would say ‘I’m heterosexual’. If we then listen to them and we talk to them almost all of them are bisexual and have had sexual experiences with their own gender at some point in their life. So it’s absurd to say there are only men and women – it’s not true at all. In my more extreme moments I say that’s Donald Trump wages war on people who are gay or who don’t agree with a heterosexual understanding of the world. It’s a very dangerous, polarising thing to say there are only men and women.

What or who inspires you?

I love living and working with indigenous people. I’ve been very privileged over the last twenty or thirty years to have been able to do that, and I learnt so much. I come back to the UK and put into practice those things I’ve been taught, for example I facilitate rites of passage with boys and men.

Do you have any healing or spiritual practices that you do regularly?

Basically I try to meditate every day when I can. Fortunately when I go and work with people with anxiety and depression we start by doing mindfulness and meditation, so I’m getting paid to practice!

I have Parkinson’s now and that has really challenged me over the past few years in terms of who I am and what I do and how I behave. I have mentors and guides who help me with understanding and accepting the mental and emotional assimilation process I have to undergo with the disease. One of my great heroes is Mohammed Ali who also went through Parkinson’s and who said if you have it it’s a huge privilege, because it strips you bare of all pretence. It strips you bare of all ego. He also said ‘I used to chase women – Parkinson’s makes sure I don’t any more’. You have to accept your vulnerability and ask for help, all of those things that as an alpha male I was not going to do.

So all your experiences may have helped you to deal with your illness?

Yes, though I’m not saying I’m a saint – it has torn me apart as well. And understanding that tearing-apart process has been useful. I’m quite a way from finally getting there but I’m on my way. I’m also a grandfather now – everything moves on.

How do you relax?

I love watching stand-up comedy. My hero at the moment is Stewart Lee. I do stand-up myself – comedy and storytelling. I also love watching detective series – I love The Bridge, Hidden – fantastic programmes in the sense that Morse was so wonderful. They are so well constructed – they challenge you – why did that happen? What’s behind that? But also, in The Bridge the heroine has autism. It’s not simple – it’s The Damaged Hero, it’s great storytelling.

So do you feel relaxed on stage?

I’m a Leo so I love being on stage! I can feed off the audience and what a wonderful thing it is to make people laugh.

What’s next for you?

There are collective names – ‘a murder of rooks’ for example. I’ve been working on some of my own, such as ‘a confusion of men’. I might form a group around that, to look at our confusion – where we need to go and who we need to become. I’m also writing The Four Genders.

Learning To Love Your Baby: Recovering From Postnatal Depression