As part of The Isbourne’s ongoing commitment to education, we have created Origin Stories. A series that looks at different spiritual practices and tries to find where they originated from. We believe it is important to acknowledge the roots of the practices we enjoy today and to highlight how they may have changed as they are passed on through the ages and through different cultures.

The story of the deck of cards that we know today as the Tarot is layered with myth, legend, speculation and half-truth. In order to trace their origins, we must therefore separate stories which begin ‘it is said’ from factual accounts of ‘what we know’.

It is said, by some, that Tarot cards are a remnant of an ancient civilisation, such as Atlantis. Some believe that ancient knowledge was encoded into their imagery by the High Priests of Ancient Egypt who used them to represent the trials and challenges that would-be initiates into their mysteries must face. It is said, by others, that the cards were born of the Roman festival of Saturnalia, while still others say that the cards originated in China, possibly as a re-working of the I-Ching, coming to Europe across the trading routes of the Middle East. And still, others say that the cards originated from the Middle Eastern game of Tarok. These are only some of the tales told about the origins of these fascinating cards, and the truth of any one of these claims may one day be demonstrated. Indeed, some of these ideas are adhered to by serious and well-respected Tarot professionals. But the truth is that we can currently be sure about none of them. 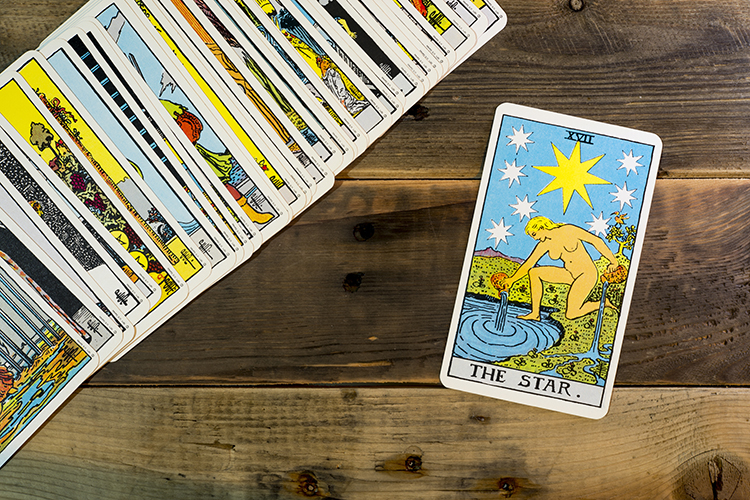 What we know is that the Tarot first emerged in Europe in the 14th century, when the Renaissance was being propelled forward by the powerful ruling families of Northern Italy, as they facilitated an expansion of trade between the Christian West, the Islamic Middle East and beyond.

One of the things which emerged into popular culture at that time were playing cards, with some examples still with us of so-called Mamluk cards, which arrived in Europe from the Islamic World in the 15th century. These playing cards were made up of the four standard suits that we know today, and one of the games that card players spent their time with involved trick-taking, which we see today in games such as Bridge. This was when special cards, known as Trumps (or Triumphs) were first used. Somewhere around this time, it seems that these Trumps were added as a fifth suit to the standard deck and Tarot was born. The first Tarot deck proper then emerged from Milan sometime around 1425 and is known today as the Visconti-Sforza Tarot, after the two ruling families of the region. Some of the original designs have been preserved, but any trace of the original deck, in full, is lost to us. It is speculated that these early Tarot decks may have been given as wedding presents or used as storytelling aids.

The oldest complete Tarot deck comes down to us today from later in the 15th century and is known as the Sola-Busca Tarot (after its original owners, or patrons, The Marquise Busca and Count Sola of Italy). Around this time, the general structure of the pack, as we know it today, seems to have been set, with the four well-known playing card suits augmented by a fifth suits of Trumps, enabling the cards to be used as ‘Cartes de Trionfi’ to play the Game of Triumphs. 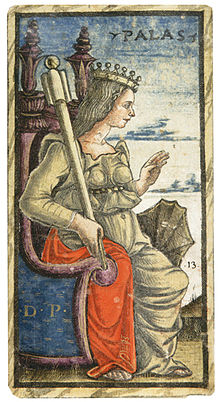 From here the known history moves to France, where a whole host of decks were produced from the late 15th through to the 18th centuries, many of which in whole or in part, are preserved for us today. It was at this stage that the cards started to feature esoteric symbolism and where writers and mystics such as Antoine Court de Gebelin, Eteilla, Eliphas Levi and Jean-Baptiste Pitois began to lay out much of the mythology that became attached to the cards. It is from here, for example, that we get the idea of the cards being Ancient Egyptian in origin, with Court de Gebelin himself referring to them, in 1781, as The Book of Thoth, an unbound book created by the Ancient Egyptian God of crossroads, magic and writing. It was at this time that the cards began to be associated with divination. The most famous example of this was Eteilla’s publication (in five parts between 1783-87) of How to Relax with the Card Game called Tarot.

From there, our historical trail moves to London, into the hands of The Hermetic Order of the Golden Dawn, an assemblage of eccentrics, mystics, scholars, artists and poets who flourished at the peak of Queen Victoria’s reign. Amid a climate of increased interest in spiritualism, these people drew heavily on the mythology that had been set down in 18th and 19th century France, and from this fertile soil sprang the Rider Waite Tarot, originally named after the publisher (William Rider & Son) and the member of the Golden Dawn whose idea it was (Arthur Edward Waite). This was the first deck since the Sola Busca in the 15th century to do away with the ‘pip’ cards, instead promoting the idea that every single card of the deck should contain its own unique illustration. The artwork for these cards was executed by the creative mind of talented artist Pamela Colman Smith, who greatly inspired by her time in the theatre world, and alongside Waite’s interest in Christian mysticism, designed what would go onto become the most popular Tarot deck of all time. In recent years, this deck has been rightfully re-named as the Waite-Smith Tarot, in honour of her contribution. It went on to become the template for many subsequent decks throughout the 20th century. 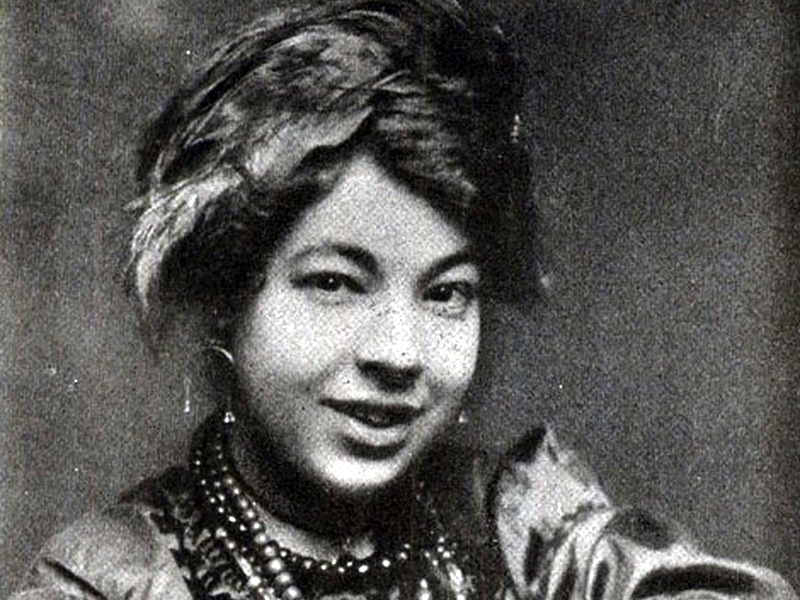 Waite and Smith released their deck in 1909 and sometime later, in 1944, another Golden Dawn member, the notorious and controversial Aleister Crowley teamed up with British artist Lady Frieda Harris to produce the Thoth Tarot. While still drawing upon the rich wellspring of French mysticism from the 18th century, Lady Harris’s original and striking imagery took the cards in a new direction. After publication, the Thoth deck languished in obscurity until Crowley himself was resurrected as a pop-culture icon by The Beatles who depicted him on the cover of their 1967 album Sergeant Pepper’s Lonely Hearts Club Band. From then on, the Thoth deck, with its stark and, for some, challenging imagery loaded with esoteric symbolism, became a firm favourite of many Tarot readers. The expansive energy of these times brought many new decks to life, including favourites such as the Aquarian Tarot and the Morgan Greer Tarot, both of which were published by the late Stuart Kaplan, who arguably is more responsible than anyone for the mainstreaming of Tarot, through his founding (in 1968) and running (until his passing in 2021) of US Games Systems.

All of this brings our search right up to the present day, a time in which we see an explosion in the number of available decks and the development of entire industries based around the commissioning, publication, production and collection of decks. There is also now a lively trade in used Tarot decks, with rare originals being traded for many thousands of pounds. Alongside this, a rich seam of published writings have appeared, advising the curious on everything from how to use Tarot for spellcrafting, serious psychoanalysis or to help you to write a book. All the while the evolution of the cards continues, with modern examples such as the innovative circular design of the feminist Motherpeace Tarot, the multi-cultural imagery of the Tarot Illuminati and the depiction of people of colour in the Modern Witch Tarot. 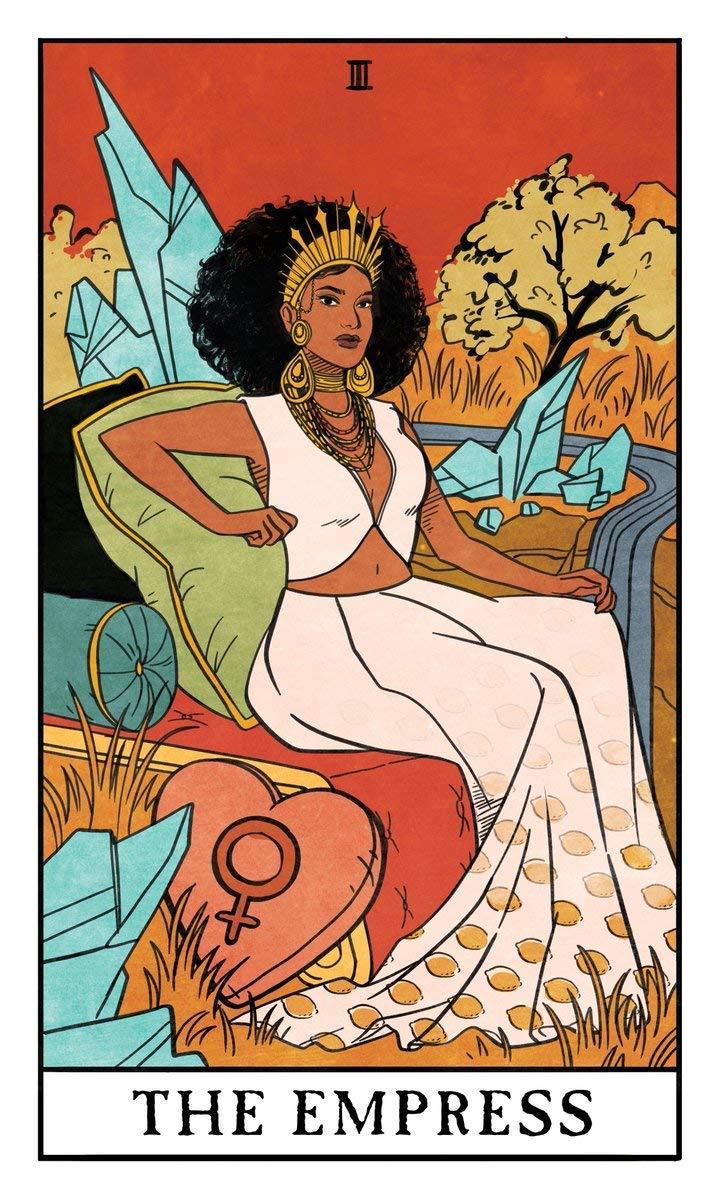 Pop culture has also embraced the Tarot, with regular features on the cards in publications like Teen Vogue, and huge engagement in the subject on platforms such as YouTube, Instagram and TikTok. Increasingly, creators have crowdsourced new decks and this explosion in the popularity of Tarot allows for limitless interpretations and theories about the deck’s origins and true purpose. Every day brings forth a new story which begins with the words ‘it is said’, but what we know for sure remains unchanged, that the Tarot emerged in Renaissance Italy, was shaped by the European occult revival of the 18th and 19th centuries, and spread across the world following the consciousness expansion of the 1960s wherein its beauty and wisdom are now available for all, at a click of a mouse or the swipe of a finger.

Richard Abbot’s work with the Tarot can be found at www.thehermitage.org.uk

In Conversation With… Sonia Ducie